“Tiskilwa in Print: Newspapers from 1856 to 2019” Featured at Museum on Main September 9

To kick off the 2019 fall series of programs presented by Tiskilwa Historical Society the owners of the “Bureau Valley Chief,” John and Ginger Murphy, will offer a glimpse at 163 years of newspapers in Tiskilwa. The evening starts at 7:00 p.m. at Tiskilwa’s Museum on Main.

Beginning with a look back at various newspaper names and publishers – including “Tiskilwa Tidings,” the “Tiskilwa Weekly,” and the “The Chief” – the Murphys will share details and photos of the newspaper business. John and Ginger began working at “The Chief” as newlyweds in 1970. John’s parents, Allen and Mary Murphy purchased the “Bureau Valley Chief” in 1954 from John Davenport and renamed it “Tiskilwa Weekly.” After 25 years of ownership, they sold the paper to John and Ginger in 1979.

Sixty years ago, the Tiskilwa Weekly proclaimed a headline when Strunk Brothers won the contract in 1959 for the construction of the land dams to protect the village from future flooding. The “Weekly” is one of the many names that the newspapers in Tiskilwa have had since 1856.

For 65 years, the Murphy family has provided the community with news, business advertising, promotion of local events, and a glance at the outside world. From that perspective, the Murphys will share changing aspects of operating a small-town newspaper and printing business through the decades.

Prior to the program, the Tiskilwa Historical Society will hold its annual meeting with a brief financial report and election of board members.

In future presentations, Jeremy Gassen of the Tiskilwa Inn will offer an October 14 program about the architectural details and history of Tiskilwa’s 1848 structure known for decades as the Kellogg House. On November 11, Mike Johnson of Princeton will be featured in the society’s annual Salute to Veterans. His program will focus on local World War I participation as well as America’s effort to rebuild Europe in the war’s aftermath.

All historical society programs are free of charge and open to the public. Members will provide refreshments in the galleries following the program. 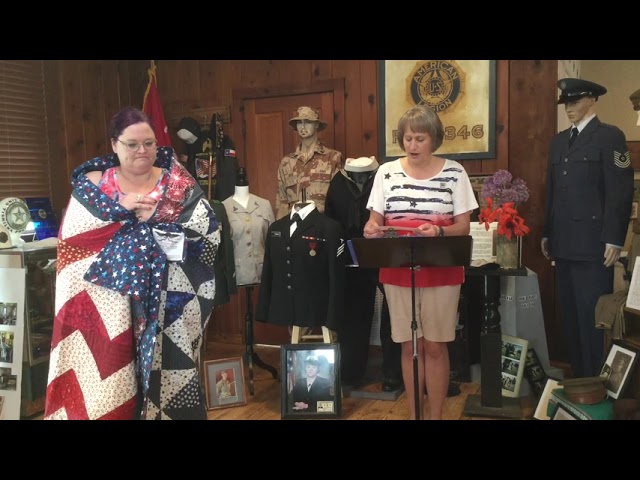